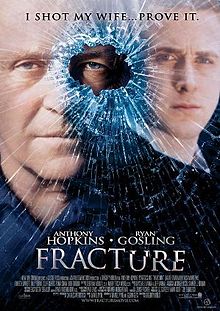 This is a sensational thriller packed with all the chills Sir Anthony Hopkins-flick can guarantees. If you have saw the famous Dr Hannibal Lecter series of movies, you can identify with me on that. His charismatic expressions and gestures can haunt if he want, even the dead in the grave. The story starts with an aeronautical engineer Theodore Crawford (Anthony Hopkins) finding her wife Jennifer (Embeth Davidtz) cheating on him. He was constantly following her with her secret lover. She was having an Affair with Detective Robert Nunally (Billy Burke). He shared the revelation with his wife before killing her point blank seriously hurting her head. After that he fired three more bullets on the window to warn the passerby near the house. When they contacted police, detective Nunally came to the scene of crime with his men. Crawford asked him to come alone inside. And then they put their respective gun down. Crawford was in a state of eerie calmness while he was describing what he has done. Detective Nunally went numbed to see his darling covered in blood. He lingered over her body to revive the deathly stillness of her. Then he took Crawford into custody while transporting breathing Jennifer to hospital. She went into coma. 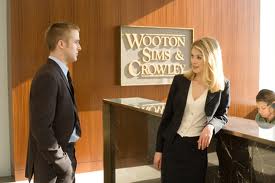 Ted Crawford has already confessed his crime to police. Four bullets were fired, One pistol was captured with convict on the scene of crime. All these facts made this an open-and-shut case for the rising star deputy district attorney Willy Beachum (Ryan Gosling). He was busy these days in the transition from criminal law to corporate attorney in Wooton & Sims, a well-known high-paying firm. Initially he was reluctant to take this case, but after seeing the nature of the same he agreed. He was sure, the case will be fast and easy, he'll gonna win, his conviction rate was 97%, and this case would be another feather in his cap before he leave for the Wooton & Simms. Meanwhile, He also developed a romantic relationship with his future boss, Nikki Gardener ( Rosamund Pike). Gosh ! How lucky he was to have Rosamund Pike as her boss. 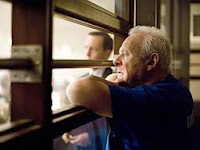 In the trial, Crawford requested to be his own attorney, even after constant effort by Judge & District attorney Beachum to take the help of professional. But Crawford remained adamant on being his own attorney and why not ? His nasty legal wits inside the courtroom were the soul of the plot. The first blow to district attorney Beachum came in form of supposedly Layman terminology used by Crawford to nullify the confession as an evidence for the case. He smartly uttered to Judge " What do you say....in legal terminologies..fucking the victim.." So as per the Crawford, as Detective Nunally was having a affair with her wife, and assaulted him during the arrest, and was present with his officer friends during the confession. So Crawford's confession ruled out as an evidence as it bear the fruit of poisonous tree a/c to Judge. The second blow to attorney Beachum came in form of the another supposedly crucial evidence of the case- the murder weapon. Police found out that Crawford's gun has never been fired and is not been used in the murder at all, as the shell casings wasn't matching to the crime scene. Beachum repeatedly sent cops to look out for the handgun in every corner of the house. As per the reports, during and after the murder, people have surrounded the house and nobody saw anybody coming out of the house, so gun should have to be in Crawford's home. But to the amazement of everyone, even after tearing everything apart they didn't find any gun in the house, like Beachum rightly joked about gun having grown legs and ran away itself. 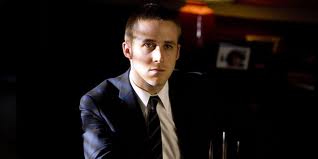 Detective Nunally tempted Beachum to plant a false evidence (gun) as they knew Crawford has done it. But Beachum refused, Infact when Crawford put forward the motion of acquittal on account of no evidence against him, Beachum got tempted to use the false evidence but he decided to forbid that at the very last minute, and Crawford was acquitted. The disgraced Nunally shot himself right outside the courtroom with his own gun. Beachum lost the case for which he destroyed his chances in the prestigious firm along with his relationship with Nikki Gardener. Plus, his own firm boss has already told him that after all this, he can't take chances taking him back, as that would raise many eyebrows. But Beachum was not at all worried about any of these things, he was obsessively searching out for the unconnected dots of the case. He wanted an answer, an explanation, and he repeatedly visited comatose Jennifer in hope of seeing her wake up and answering him. But sooner on Crawford's plea, a restraining order is issued forbidding Beachum to visit the patient. But when Crawford shared his thoughts about unplugging the electronic device to end the life of the only eyewitness of the crime, Jennifer. Beachum goes on a great length to take a court order to put Jennifer on life support, but to fail, as Crawford succeeded in whitewashing the last evidence. 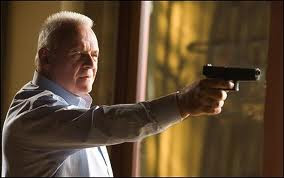 So Crawford was having an upper hand till now. But two things happened which helped Beachum in nailing down him. First, when he was leaving the city, his old Boss consoled him that technically, he didn't let him get away with the murder of his wife, But he let him get away with an attempt to murder. Second thing, when  Beachum was reading the case related files in police station, his phone get switched with the cop, and that's it. Whole story unfolds, he noticed, even though quite late that, Crawford has switched his gun in hotel with Nunally's gun when Nunally met Jennifer secretly. He shot Jennifer with Nunally's gun. And then he reloaded the gun and exchange it again when Nunally visited the crime scene, particularly when Nunally was lingering over her body. Detective put the murder weapon in his holster unknowingly. In his own words, Crawford described the plan as simply BEAUTIFUL, as Nunally sat with the murder weapon in the court room all trial long, and finally ended his life also with the same weapon without noticing that he already had what he's searching all over the world. He didn't care to notice the facts. 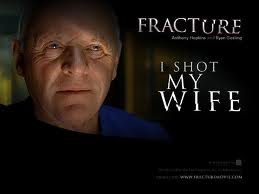 Crawford use to brag about his eye to detail, to see fractures in every egg, his stand that if you'll focus you can find fracture or weak point in everybody like he found that Winning is the weak point of district attorney Beachum. But his eye to detail seriously hampered in judging the nitty-gritties of the Double Jeopardy clause. Yes, his only mistake in the whole game-plan. He confessed everything to Beachum thinking he was applicable to Double Jeopardy clause, a procedural defence that forbids the defendant from being tried again on the same charges for which he's acquitted. But Beachum pointed out that last trial was for attempt-to-murder, but now after the death of Jennifer, he can be prosecuted with fresh murder charges. He flaunted that after her death, police can retrieved the bullet inside her head, and he'll be behind the bars. Before taking exit from Crawford's door, where several cops were waiting for them. Beachum said to him, if he had not taken Jennifer out of life support, he could have been protected by Double Jeopardy clause.

Beachum sarcastically quoted.
"Why you need to pull that plug huh, According to Doctors, she would have outlived us !"

In the end, the fresh trial started against Crawford, where he was shown surrounded by defence attorneys of Wooton & Sims.

'All Rise!' Beachum pointed towards Crawford to adjust his tie as the proceedings initiated.
Posted by Gaurav Rhyme at 12:34 PM

Great article! We are linking to this great article on our site. Keep up the good writing.

Good write-up. I definitely love this site. Keep it up

How to Bet on Soccer - Soccer 100
It's like the 토토사이트 Caribbean for soccer, as soccer is the same as football. In soccer betting, each team must win by 1 point to qualify to place a bet.