Since 1957, Lot's has been said and analyzed about Pyaasa. It is world renowned classic which has found space in the most classically-learned, elites and reputed shelves. And there are many views and ways through which we can see inside the veins of Pyaasa. Today I'm just focusing on its art of camerawork, screenplay and lyricism. 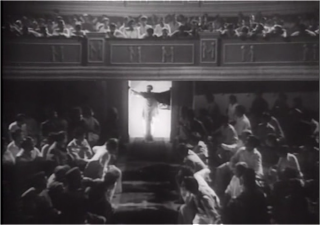 Talking about Camerawork, its the most unique form of camerawork I've ever seen in my life. Guru Dutt had the ability to build the ordinary sequences into completely larger-then-life molds of picturesque scene. Who can forget the epic climax scene of Jesus-like posture in auditorium. It will always be remembered as the God of all shots in the history of Indian cinema. No wonders it took numerous retakes for Guru Dutt to make it right. He'd a great eye for detail, and his colleagues like V.K Murthy, working with 75 mm lens always gave him the shots he wanted, no matter how difficult the implementation occurs.
Whether it's Guru famous extreme close-up scenes, or the beautiful use of Lighting all around the sets, through which he can create the web of shadows & silhouettes, a silent talking cinema in itself, literally no dialogue were required at that moment. But still the equation gets completed when the scene gets the throttle of immensely deep & inquisitive poetry by Sahir Ludhianvi. Its the epitome of lyricism. And what you get in front of you is the real Film-making manual by Guru Dutt. Ya Buddy, that's how you should make the movies. Learn it from here !

I remember one very interesting, stimulating and goose-bumpy scene where Vijay, the protagnist is deeply sad to hear the demise of her mother, and find himself insulted by brothers in the alms of his friends at brothel nudging him to gulp the alcohol, which he reluctantly drank in one go, justifying it with Sahir Poetry,
Gham Is Qadar Badhe ke Mai ghabra ke pee gaya...
Is Dil ki bebasi pe taras kha ke pee gaya
Thukra raha tha mujhko badi der se jahan...
Lo aaj is jahan ko thukra ke pee gaya

And then he confront a brutal reality in front of him. A tired helpless mother ignoring her wailing baby, a prostitute dancing to the tunes of his friends and other lusty guests. Gosh, I've never saw tears falling on the camera lens so beautifully, actually it never happened before or after Pyaasa according to my knowledge. Tears are not just falling on camera lens showing Vijay pain, but were also falling on his glass of alcohol. And after suffering from the guilt of being witness to this cruelty, he finally left from the place and walked open in dimly-lit brothel street with his yet another critiqued notion about Hind, the capitalistic independent India of 1957 where love is on sale. These are my favorite verse of all,
Yeh Kuche Yeh Nilaam ghar dilkashi ke..
Yeh lut te hue karvaan zindagi ke..
Kahaan hai Kahaan hai muhafiz khudi ke..
Jinhe Naaz Hai Hind Par Woh Kahaan hai.. 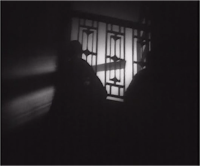 This song has such a scary impact on you, it really shows the mirror to the hypocrite society in its own way. The lighting, windows and street corners are so beautifully captured to describe the lyrics in visuals. Its a remarkable job done by V.K Murthy, the Cameraman. In his own words, he marked that even though technically KAAGAZ KE PHOOL is his greatest work, But PYAASA as a film was more complete and varied experience. It had so much to express under the purview of Art. 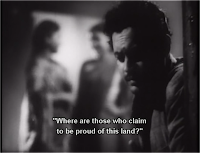 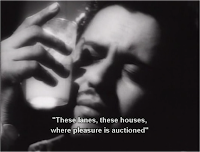 awesome!!!!!!!!!!
Use of literature in your blog is mind blowing

Thanks a lot for liking it, Stay tuned for more !

Great post - I totally agree with every sentence. I've seen sooo many films, and have years of experience in the performing arts myself, but this film left me speechless. It has so many layers...you could watch it a dozen times and every time will be different. While watching and adding my personal experiences and Feelings, I become a part of the creation - and that's the Definition of art. Thanks for sharing :)